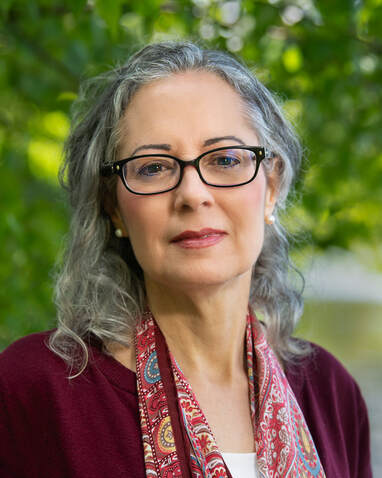 ​Laura Bonazzoli's fiction has appeared in numerous publications, including Evening Street Review, The Sandy River Review, and many others. After her short story "Under a Spotlight Moon" appeared in the literary magazine kerning, publisher Toad Hall Editions agreed to publish her novel in stories, Consecration Pond, which includes "Under a Spotlight Moon." Consecration Pond was published in August, 2022.

Laura has also published poetry in more than thirty literary magazines, including Connecticut River Review, Northern New England Review, and Naugatuck River Review, as well as in several anthologies and on Maine Public Radio's Poems from Here. Her personal essays have appeared in literary and mainstream journals.

More about Laura
Laura grew up in Massachusetts and received a B.A. from Regis College in Weston, and an M.F.A. in theatre from the University of Minnesota, Minneapolis. While working as a freelance editor and writer for a variety of publishers, she performed in local and regional theatre productions and wrote fiction, poetry, and essays. Her first published short story, "The Model Tenant," appeared in The Sandy River Review in the summer of 2016. In 2017 and 2018, the stories "Spring Ice" and "Prayer of the Bell," both of which take place on a pond in Maine, were published in Exposition Review and Bryant Literary Review. The publication of these two stories prompted Laura to begin working on her novel in stories, Consecration Pond.

While continuing her freelance editing business, Laura also works part-time at the Owl & Turtle Bookshop in Camden, Maine. She lives in a renovated schoolhouse, a short walk from a small but majestic pond.